Pal Promo: Fly to London on board our best aircraft on low introductory fares! 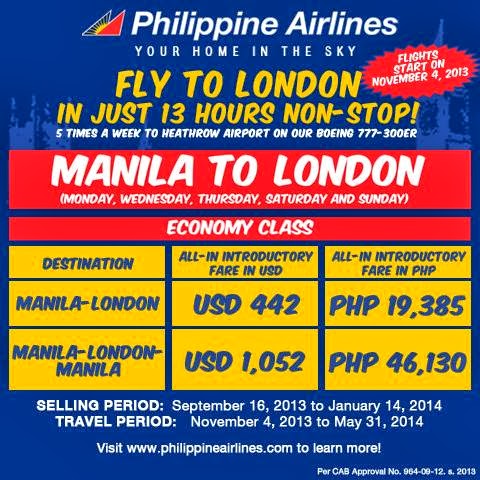 See you on-board soon! Collated and Reposted by: Pal Promo Fare
No comments:

PAL flights to Zamboanga remain cancelled for September 11 and 12 (Wednesday and Thursday) after the Civil Aviation Authority of the Philippines (CAAP) extended the closure of Zamboanga airport due to ongoing insurgent activities in the city. Cancelled are 20 flights from Zamboanga going to Manila, Cebu, Tawi-Tawi, Jolo and Davao.

Affected passengers are advised not to proceed to the airport; instead call PAL/PAL Express Reservations hotlines (02) 855-8888 or (02) 855-9000 or proceed to any PAL or PAL Express ticket office for rebooking or refund assistance.

Rebooking penalties will be waived.

PAL has cancelled a total of 33 flights to/from Zamboanga since September 9, affecting more than 2,500 passengers.

Collated and Reposted by: Pal Promo Fare
No comments:

So grab your chances now on booking your flights!

For inquiries, email our online ticket booking at iflytraveldeals@gmail.com

Pal Promo Fare: Your Home in the Sky takes you to these great destinations for amazingly low fares! 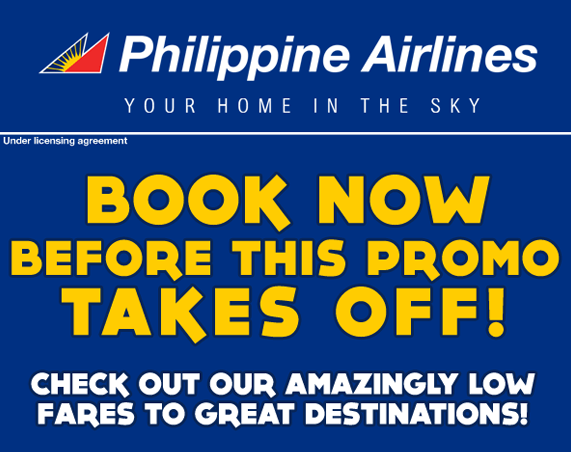 Inquire if seats are still available via our ONLINE TICKETING now: http://www.ifly-travels.com/book-flight/

Reposted and collated by Pal Promo Fare
No comments: